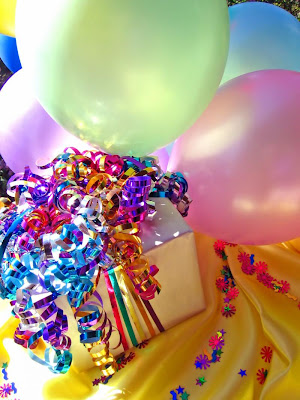 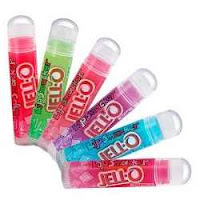 It's un-PC, but I love Lip Smackers by Bonne Bell. I don't care if they are petroleum-based and don't stay on my lips long enough to moisturize. The flavours are tasty and they make my lips have a sheen without being shiny. I dare say I'd take the mighty Dr Pepper Lip Smackers even over my beloved MAC Lipglass.

I just found out they offer Jell-O flavours. Holy crap, that's awesome! Must have, especially Lime! After all, who doesn't love Jell-O? That bouncy. shiny, tasty stuff.

As kids we played with it constantly, and didn't get in trouble, which made it better. It was sort of the point! It was an inexpensive treat when times were tough, and we could stuff ourselves full without Mom worrying about us overeating.

We made homemade Jell-O with extra gelatin mixed in to make Knox Blox at sleepovers. We bounced them off walls, each other, and the basement floor. Don't worry, we didn't eat those ones! 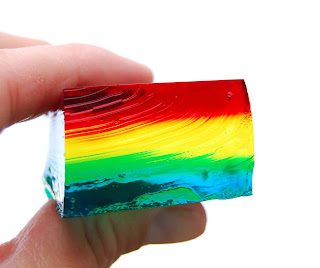 My first cooking experience was with Jell-O. It had heating, mixing, timing and serving, so it was cooking to me. I made layered Jell-O with fruit for a tea party. What can I say, I was ambitious. I was going to be the Julia Childs of Jell-O!

The first recipe was an unmitigated failure. The first layer hardened too much. Some of the fruit juice from the canned fruit cocktail dropped in the pan, which made the second layer too watery, so it didn't harden enough. The result was like trying to eat spaghetti sauce off a waterbed.

Still, I never lost my taste for it. I even liked to lick the Jell-O powder like homemade Lik-M-Aid (remember those?) while I read late at night in my bed. So bring on the Lip Smackers!
at 20:07 0 comments

I've been kind of crazy for pantomime lately. My sis, who lives in London, UK, gets to see lots of really good panto, making me jealous.

Pantomime is not to be confused with mime performances, as in white-face and trying to get out of the box. Pantomime is an old musical-comedy theatre style dating back to Greece and Rome.

Celebrities, especially grand old actors, love to do guest appearances in London pantos. It's a great way to ham it up and have a ball with the traditions of old theatre.

Here's a fun pantomime society that can give you a good idea of what a panto is like.

Link Luv: The Story of Stuff 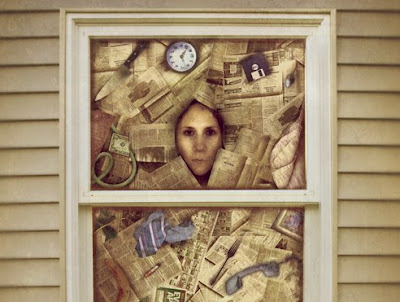 Did you ever wonder how you can get electronic accessories for a buck? Or why your shirts and pants lose their hems so fast? Or why you swear you take out more trash every week than you did growing up at your parent's house?

Take a look at this website. The Story of Stuff is a website by Annie Leonard that has some great ideas and some really interesting links. I love the video on the homepage. It's only 20 minutes long, and it is fun to watch.

I'm a reduce/reuse/recycler from way back. I have very little trash at the curb, even in the winter when it's two weeks between pick-ups. Our recycle bags are always more full than the trash bins.

Still, it always bugs me when I look at how much I have in my little house. Really, it's not a little house. I have friends with smaller houses, but it is cramped because it's full of stuff. If I could get rid of half my stuff, I'd have a cozy home. Sweetie and I talk about it all the time, and we plug away as a team to reduce what's in the house.

The trouble is that we're both packrats. I try to reduce how much I buy and I keep trying to unclutter. It seems impossible and ridiculous at the same time. I know that I don't need half the stuff I have, and yet I can't bring myself to get rid of things. I've reduced a lot and have a lot to remove, but it seems like trying to climb up a down escalator. I 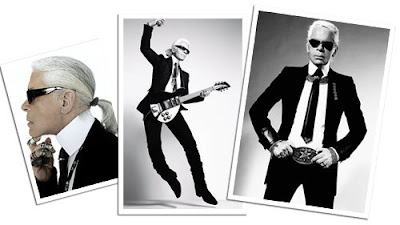 I have no idea if this is really Karl. Would Karl use the word "persnickety"? I would, but would he?
I'm rather persnickety, but I like disorder at work. I'd freeze at a tidy desk.
5:11 PM Feb 28th from web

Then again, some of these are soooo Lagerfeld:

On this day each year, I soak the previous year's calendar in my mother's favorite perfume and then set it ablaze. Here's to a fresh start.
12:13 PM Jan 1st from web.

Here's hoping it's him. I'd love to know that he secretly loves rap.

Thanks to the boys over at The Sword for the tip! Here are some non-Twitter Lagerfeld quotes to brighten your day.

“I’m sorry. What I say is only applicable as I am saying it.” (This should be my disclaimer.)

"Elegance has nothing to do with fashion."

“Coming out after a show is good discipline for me because I have to watch out that I don’t look like an old garden gnome next to all these 20-year-old models.”