Putting the Olympics to Bed

Olympic fervor is winding down this week. The downtown core will be teeming with Olympic and Paralympic supporters at Churchill Square today at noon to celebrate Edmonton's contribution to the Vancouver 2010 Games.

Among the honoured guests is Dr. Bob Steadward, who is considered by many to be the father of international paralympic sport. Bob helped to organize the first national wheelchair games in 1968, and from that point forward he was an advocate for disabled athletes.

He worked through the 1980s and 1990s to found the International Paralympic Committee and as IPC president from 1989 to 2001, he increased the member countries from under 40 to over 200. During is presidency, the Olympic and Paralympic Games were held concurrently for the first time at Seoul, Korea in 1988. For his work with disabled athletes, Bob has received the Order of Canada, membership in the Canada Sports Hall of Fame, and the Olympic Order.

It's exciting to see what kind of impact Edmonton had on the games this year, and how much we helped to Own the Podium. But for me, it's even more inspiring to see one man's work to change the face of international sport. 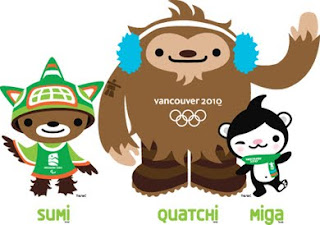 In the meantime, it's two years until the London Games. I miss the Summer & Winter Games all happening in the same year. It happens so often now that it feels watered down, not like an "Olympic Year."